Sapphires are some of the world’s most valuable and highly coveted gemstones. Blue sapphires are especially popular thanks to their breathtaking beauty and shine. But where does the term “sapphire” come from, and what makes these rare stones so special? Read on to learn more about this fascinating jewel!

Etymology of the Jewel

The term “sapphire” comes from the Latin word sapphirus, itself derived from Ancient Greek sáppheiros. However, the Ancient Greek term most likely referred to lapis lazuli. Whatever the case, this term has always been associated with beautiful shades of blue.

The ancient Greeks likely adapted their term from the Hebrew word sappir. Some people even look to Sanskrit sanipriya as the possible ultimate origin of the word. Translated literally, this term means “dear to Saturn,” a result of the traditional Hindu association between Saturn and sapphires.

As Blue as the Sky

Blue sapphires play an especially prominent role in many religious and mythological tales. For example, ancient Persians believed that sapphires reflected their blue color into the sky. This rare stone is also mentioned in the Bible in the Book of Exodus.

Up until the 13th century, “sapphire” was used as a general term to refer to any blue mineral or stone, especially lapis lazuli. Today, this word on its own is most commonly associated with blue sapphires. When talking about sapphires of a different color, we often use a qualifier, such as “yellow sapphire” or “green sapphire.” 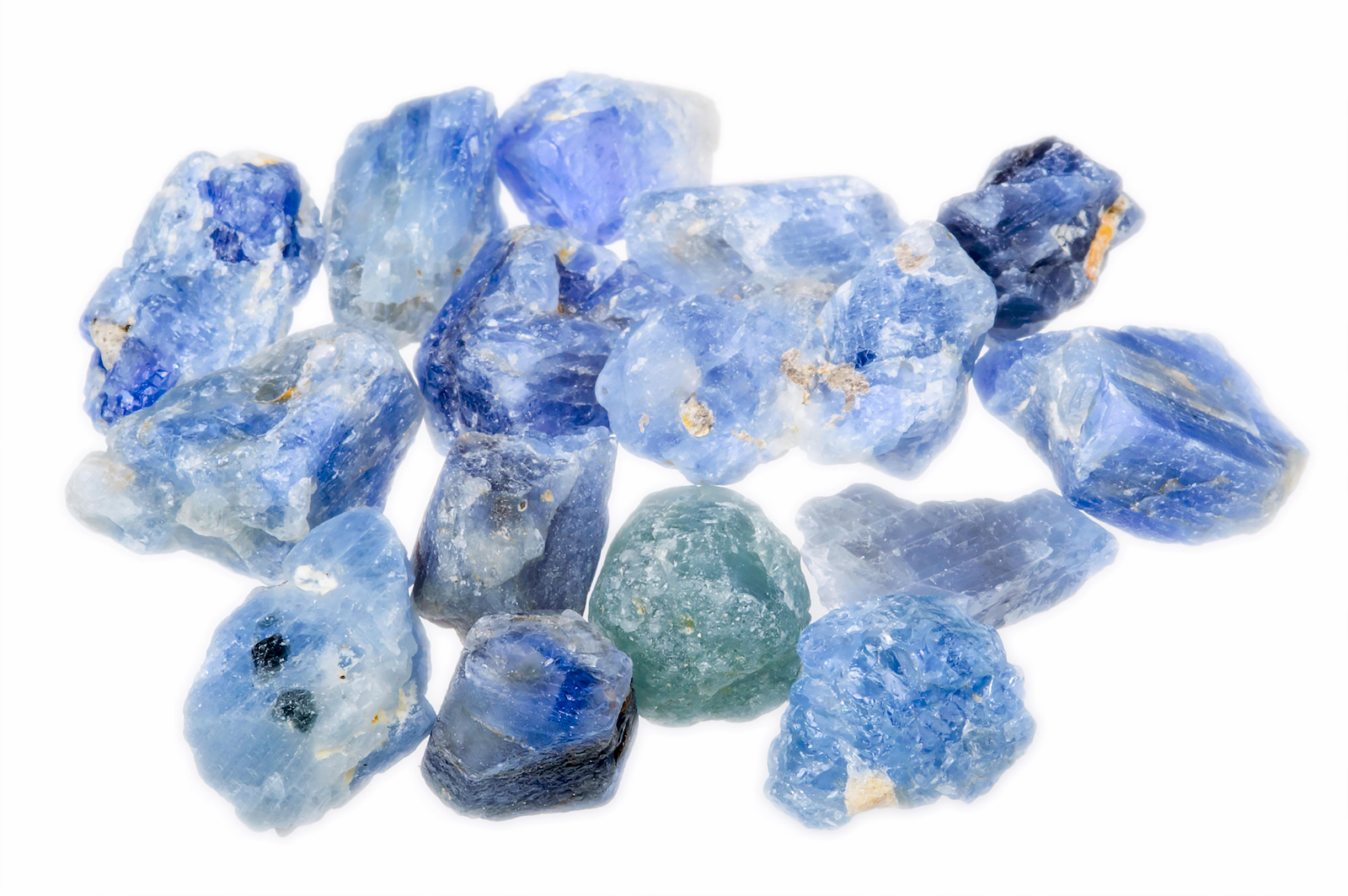 The Occurrence of Sapphires in Nature

The world’s largest sapphire deposits are found in Australia, Madagascar, southern China, East Africa, Thailand, and Montana. Other important sites include Sri Lanka, Myanmar, and Kashmir. These stones are either mined or sifted out of riverbeds.

Blue sapphires range in tone from sky blue to bluish-black. However, other secondary hues like violet or green are also common. The most popular color for jewelry making is an intense, radiant blue also known as “cornflower blue.” 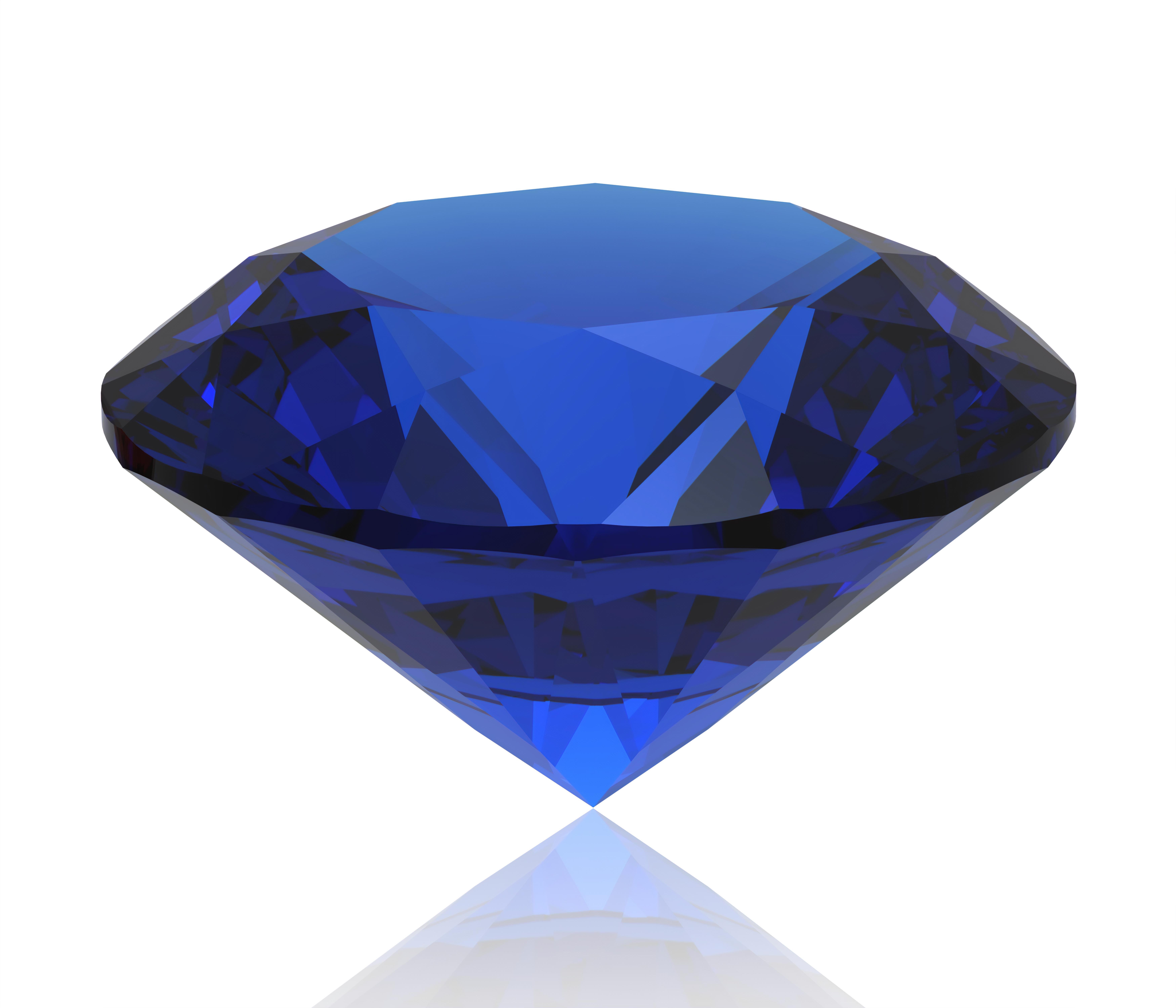 That being said, this stunning gemstone actually comes in a number of colors, including pink, yellow, orange, and brown. These types of sapphires are called “fancy” sapphires. One of the most highly coveted examples is padparadscha sapphires. These stones gleam in the same beautiful pink hue as a lotus flower. You will never find a red sapphire, however. While they are technically the same mineral, the red version is known as a “ruby.” 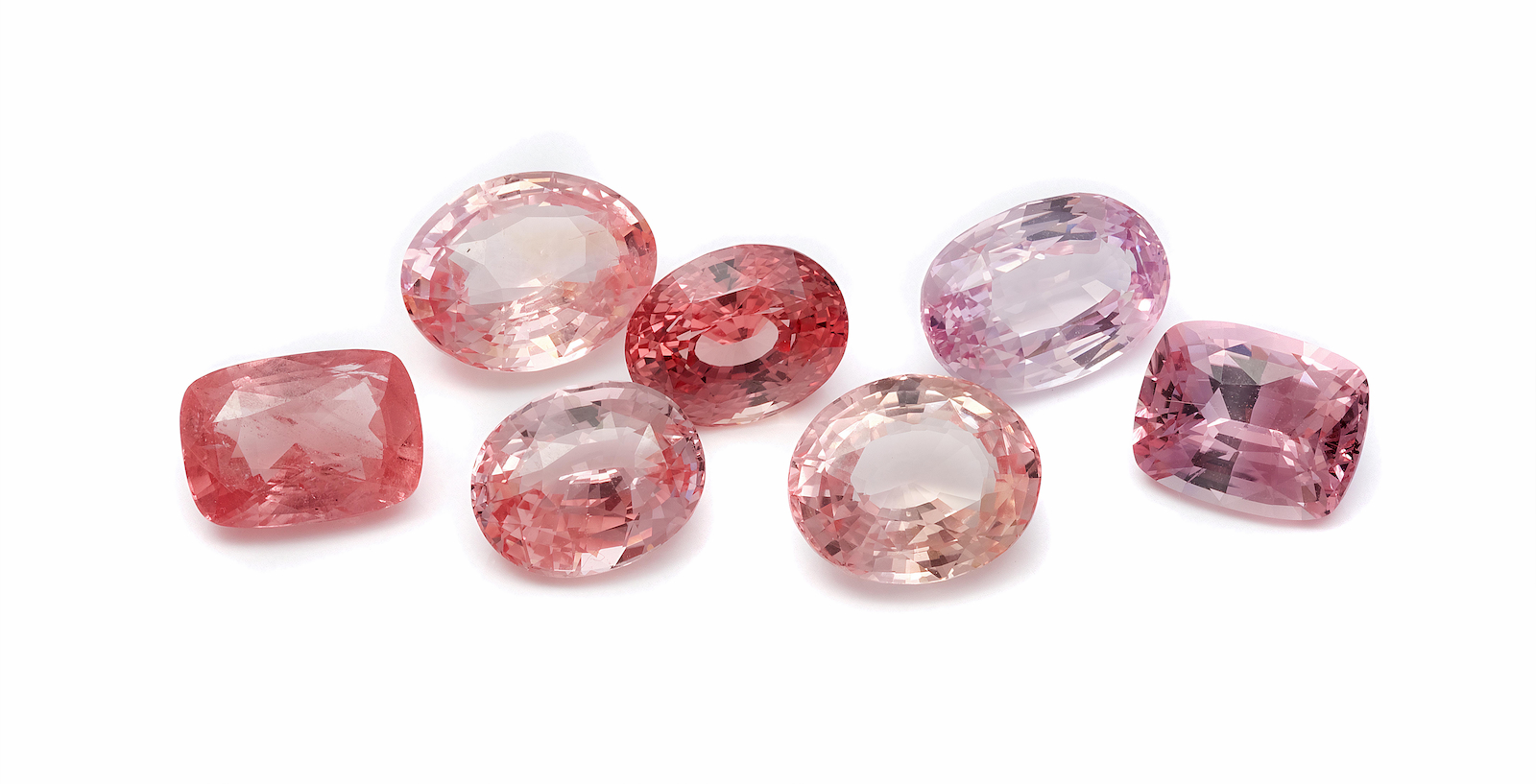 Sapphires can appear to change color depending on your viewing angle. This phenomenon is known as “pleochroism” and is best witnessed with a cut sapphire under natural light.

Sapphires are often treated to enhance their color and clarity. In such cases, the stones are heated up to a maximum temperature of 3,272°F (1,800°C). Furthermore, blue sapphires are frequently confused with other similarly-colored gems, such as cubic zirconia, tourmaline, topaz, or tanzanite.

The Chemical Composition of Sapphires

Sapphires are a colored variety of the mineral corundum. Corundum, a crystalline form of aluminum oxide, gets its color from foreign elements like iron, nickel, and chromium. So, which elements cause which colors?

A mix of iron and titanium results in blue sapphires. Green comes from iron, orange from a combination of iron and chromium. Trace amounts of iron, titanium, and chromium lead to purple stones, while chromium and titanium alone produce pink gems. The resulting jewels earn a 9 on the Mohs scale of mineral hardness. 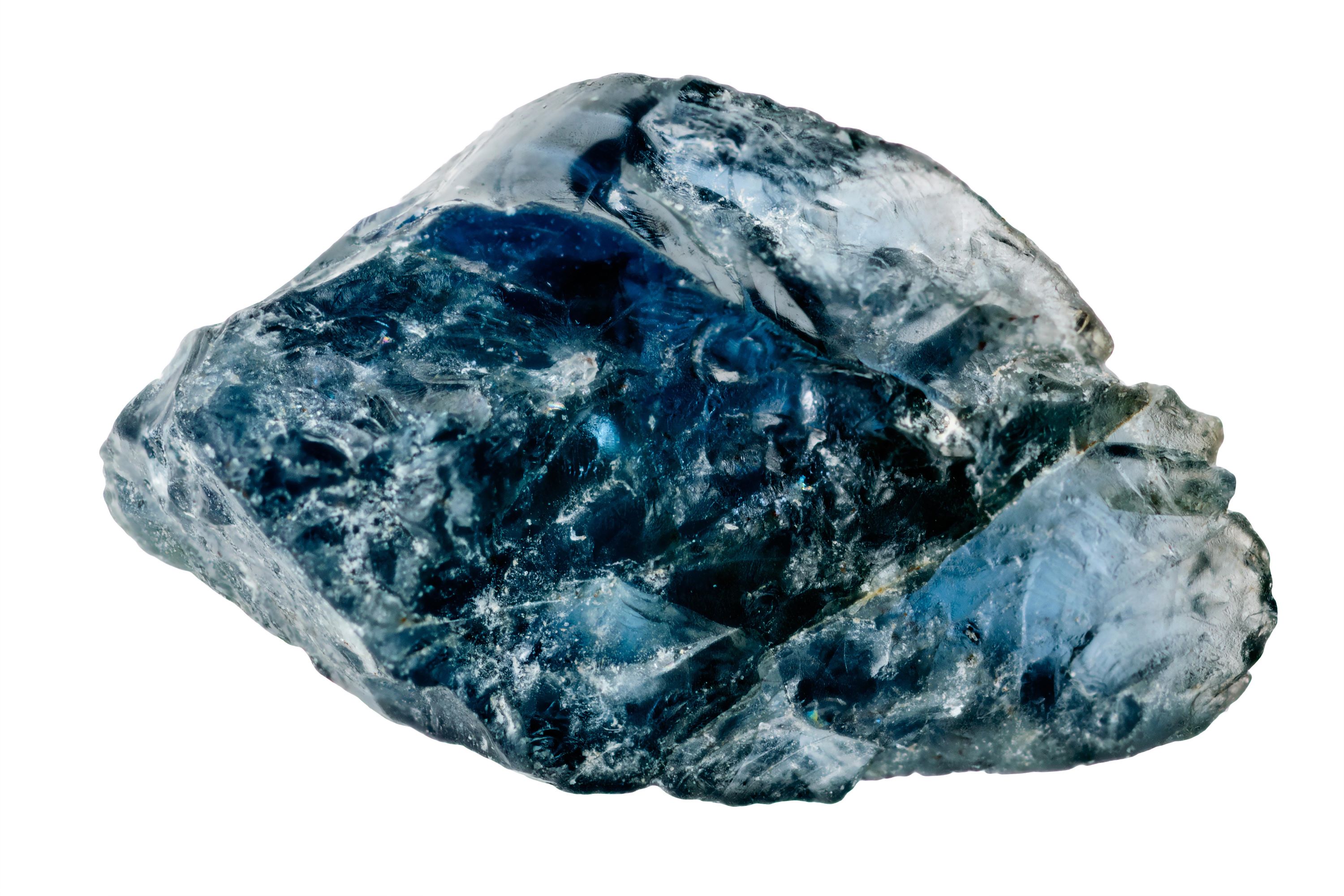 Star sapphires are an extremely rare variety of sapphire. These stones get their name from their intersecting rutile inclusions that combine to form a star-like shape. This optical phenomenon is known as “asterism.”

Gems with these inclusions usually receive a cabochon cut to preserve the star’s beautiful shape. The final stone resembles a bright sun shining across a silky shimmering surface.

One of the most famous star sapphires is the “Star of Bombay.” This violet-blue stone weighs 182 carats and comes from Sri Lanka. However, it’s far from the largest star sapphire: Larger stones include the aforementioned Star of Adam (1,404.49 carats), as well as the Star of India (563.35 carats) and the Black Star of Queensland (733 carats).

How much do sapphires cost?

The ideal sapphire is transparent and has as few inclusions as possible. As for the price? A heat-treated sapphire generally costs around $275 per carat, making smaller stones rather affordable. Flawless sapphires weighing over 3 carats are exceptionally rare and demand much higher prices. A large, untreated sapphire can even be more expensive than a comparable diamond.

Exact prices are generally hard to pin down. It all depends on the individual stone’s origin, color, size, and purity. What’s more, the cut and proportions also have a major effect on the price. 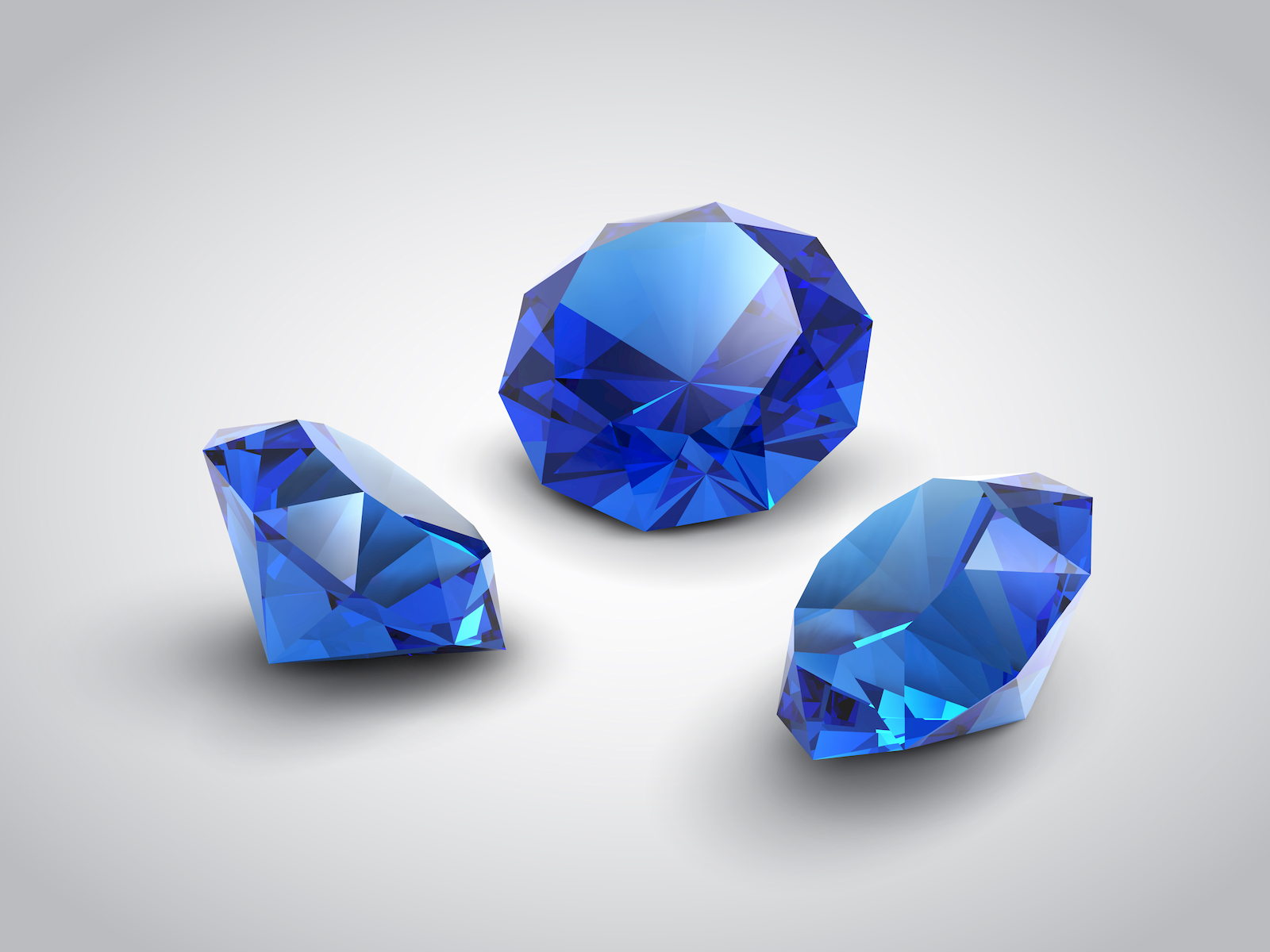 Traditional Beliefs About This Blue Stone

European royalty long believed that sapphires embodied wealth and knowledge. The stone is also said to bring its wearer honor and immortality. Others claim that this precious gem is one of the most powerful healing crystals. It’s supposed to help treat headaches, skin diseases, inflammation, nerve pain, eye diseases, and rheumatism.

Sapphires are also believed to have a positive effect on the spirit, leading to inner peace. They grant their wearer serenity and strengthen their nerves.

This gem is the traditional birthstone for September and an important symbol of the zodiac sign Pisces. Moreover, couples celebrate their “sapphire anniversary” after 45 years of marriage.

Fans of watches often associate this precious stone with sapphire glass, a colorless synthetic crystal. This material is extremely scratch-resistant, making it the perfect choice for protecting a watch’s dial. In fact, sapphire crystal is the third hardest transparent material behind only diamond and moissanite. Despite being referred to as “sapphire glass,” there is no actual glass involved.

Sapphire jewelry is highly coveted thanks to its unique shine. Women the world over can’t get enough of sapphire rings, earrings, and necklaces. Blue sapphires are especially desirable due to their intense color reminiscent of the open sea. These stones are glamorous and mysterious.

Want to call one of these special jewels your own? Our online marketplace, FineJewels24, is home to many extraordinary sapphire jewelry. Browse our listings and discover the sparkling world of this dazzling gem!

Visit our encyclopedia to learn more about other precious stones like emeralds and rubies!